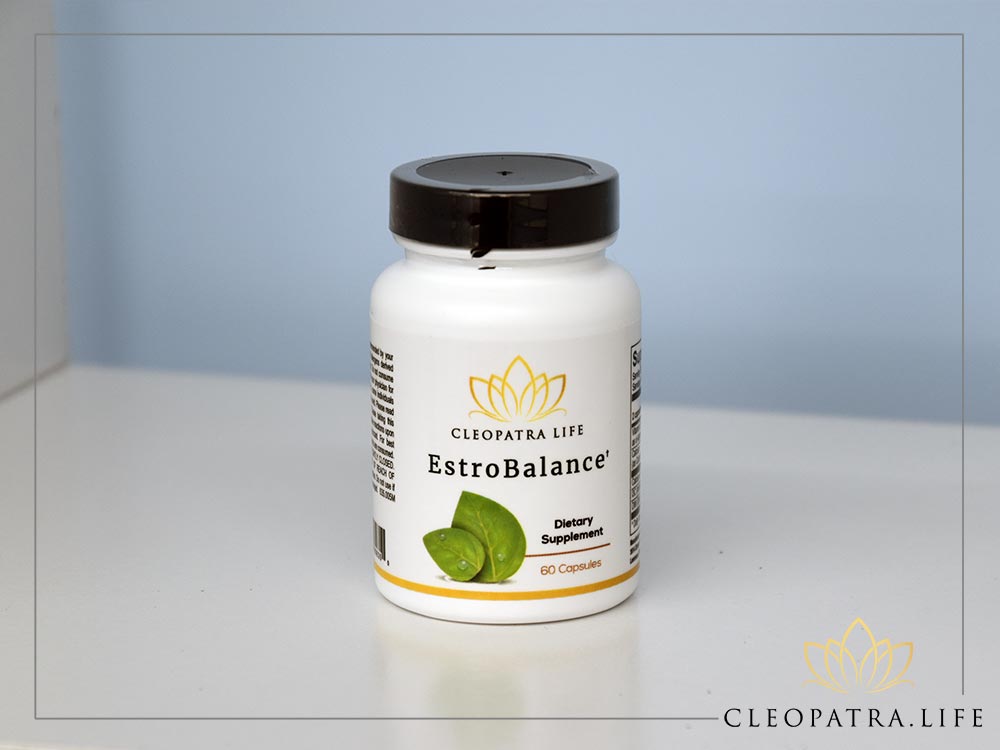 Estrogen collectively refers to the female hormones estradiol, estrone and estriol. Hormones have important functions in every area of the body. They are chemical messengers that interact with cells all over the body (especially tissues that are more sensitive to them, including breast and prostate tissues). The most important message they deliver to cells is to grow, divide and multiply. For this reason, hormones are critically important in human development and tissue repair. Supporting proper estrogen synthesis, metabolism and detoxification is essential for proper hormonal balance. By keeping hormones in balance and ensuring the body is able to process hormones properly, cruciferous vegetable metabolites (such as I3C and DIM) work together to reduce hormone overload and maintain cellular health.

Cleopatra EstroBalance is a targeted supplement that combines the synergistic benefits of the cruciferous vegetable metabolites Indole-3-carbinol (I3C) and diindolylmethane (DIM) to support proper estrogen metabolism. Formulating I3C and DIM together creates the ideal combination of beneficial metabolites to support estrogen balance and breast and prostate health.

I3C (indole-3-carbinol) is a naturally occurring compound found in numerous cruciferous vegetables, such as broccoli, cauliflower, kale and cabbage. Following ingestion of I3C, the body converts it to several different metabolites, one of which is diindolylmethane (DIM). Both of these compounds, as well as many other I3C metabolites, have been shown to impact metabolic shifts and cellular activities for improved health outcomes. I3C has also been shown to temper estrogen signals by competing for binding sites and inhibiting the activity of estrogen receptors. A study published in the Journal of Nutrition unveiled evidence that I3C supports healthy cellular function related to estrogen metabolism.

Diindolylmethane (DIM) is a phytonutrient and plant indole also found in cruciferous vegetables with potential for enhancing proliferation of healthy cells and cellular activities. As a dimer (formed chemical structure of two substances) of indole-3-carbinol, DIM promotes beneficial estrogen metabolism in both sexes supporting the formation of healthy estrogen metabolites and enhancing the potential for greater antioxidant activity.

Calcium D-glucarate is the supplemental calcium salt form of D-glucaric acid, a substance produced naturally in the body and obtained through consumption of certain fruits and vegetables. Calcium D-glucarate has been extensively studied and has been shown to inhibit beta-glucuronidase, an enzyme found in certain bacteria that reside in the gut. This activity supports the body’s ability to detoxify estrogens, foreign molecules and fat-soluble toxins.

There are no reviews yet.

Be the first to review “EstroBalance” Cancel reply