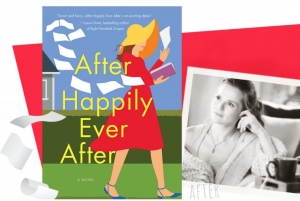 You’ve probably never turned on the nightly news and heard the anchors talking about menopause or gone to a charity event where all the women were discussing who was still getting their period.

That’s because menopause is something women go through mostly alone. And as our bodies and our hormones are unique to us, we don’t all share the same experience when we’re going through it. While some women experience nothing other than their period ending, other women experience the full monty of side effects, including hot flashes, weight gain and hormone swings.

Even knowing about the possible side effects, menopause was something I looked forward to. If my youth was going to go into retirement, not getting my period was a pretty good part of the severance package. Since there’s no way to know for sure when you’ll start menopause, most doctors make an educated guess based on when your mother or grandmother went through it. My mother had a hysterectomy in her 40s, and there was a rumor in my family that my grandmother went through it in her 60s, but I was hoping that was apocryphal. I decided arbitrarily that at the age of 47, my period would be over.  Unfortunately, my body wasn’t on the same page.

When I turned 48, almost all my friends, even ones younger, had gone through menopause. They no longer had to worry about bringing feminine products on vacation ― things that still took up room in my suitcase where I could have brought something more important like a fourth bathing suit.

Before you go through menopause, you go through perimenopause. It’s that in-between time when you truly don’t know what your body is doing. Before perimenopause, there are distinct signs that your period is coming. The slight cramping you start to feel lets you know that you have two more weeks to feel good before you want to sell your kids to the circus. During perimenopause, though, nothing you feel is a guarantee that you’re getting your period. Many times, I’d get cramps, feel lousy, start crying when my favorite show was canceled, only to find my period didn’t arrive for two more months.

Every year on my birthday, I would think: This has to be the year when my period will stop, but every year I was wrong. When I turned 50, my period still hadn’t disappeared, but the very next day, hot flashes and night sweats invaded my life. Happy birthday to me!

I would’ve felt sorry for my husband, but I was annoyed that he wasn’t having the same symptoms. All night, I’d roll over and throw the covers off both of us, then throw them back on when I started freezing. With each twist and turn, I woke him up. After a while, he couldn’t see straight at work, and he kindly bought me a fan for my side of the bed.

When I was 51 and my youngest child left for college, I was sure my body would get the memo that I was in a new stage of life. I was now mothering long distance; I didn’t need my reproductive organs anymore. I didn’t want to get rid of them, I just wanted them to go dormant. And no more miracle babies; I’d sent two of those off to college. I’d done my time making peanut butter and jelly sandwiches and signing school emergency forms.

When I was 52, at my annual gynecologist appointment, she asked me when my last period was, and I was embarrassed to say two weeks ago. Her response was that I was lucky. Lucky? I couldn’t think of one reason I was lucky, but she had many of them. She said if a woman was still getting her period it meant her estrogen levels hadn’t dropped, so her heart would be healthier, her weight easier to control, and she would feel younger. If never getting my period again meant I would be a wrinkled mess with a heart condition, I’d take it. OK, maybe I wouldn’t, I’m a little vain ― but you get the point.

When I was 53 and working on my debut novel, ”After Happily Ever After,” I realized I’d gone three months without a period. Then it was four, then five, then six months. I was hesitant to be excited, yet I was. This was finally it! I bought a bottle of Champagne and celebrated, and the next morning, I got my period, and I had to pour out the rest of the bottle. Well, actually I didn’t. Who would waste Dom Perignon?

Mother Nature teased me for a few more years, and then finally at 55, I was busy finishing that novel, when I realized I hadn’t gotten my period in eight months. I knew my older sister had gone 10 months before starting back up again, so this time I wasn’t going to be fooled. Month after month, I waited, and when I went back to the gynecologist five months later and she asked when my last period was, I enthusiastically exclaimed that it was a year and a month ago. I was free!

When you’re a teenager and you get your period the first time, you’re told that you’re now a woman. Nobody is a woman because they can bear children; you’re a woman because that’s who you are. Menopause is not only just another one of life’s many transitions, but also a rebirth. As much as I’m grateful for my sons and impressed by almost everything they do, I’d always put their needs first and mine on the back burner. But by the time I went through menopause, they were independent, which gave me the time to get to know myself again. I have more energy, I’m smarter and wiser and I know what I want, and I have the time to go after it.

I wish I knew all this when I was younger, but I believe society is slowly changing. After all, we have our first woman vice president in her 50s, and no one’s calling her old. We need to tell our daughters that whether you go through it in your early 40s, or later 50s, you still have many more years ahead of you to be productive and contribute to the world around you. Embrace this end of an era, celebrate and be joyful, and pack that fourth swimsuit.

Leslie A. Rasmussen is the author of “After Happily Ever After,” a novel that deals with love, marriage, family, the empty nest, aging parents and what happens when they all come crashing down at the same time. Order here: https://lesliearasmussen.com/