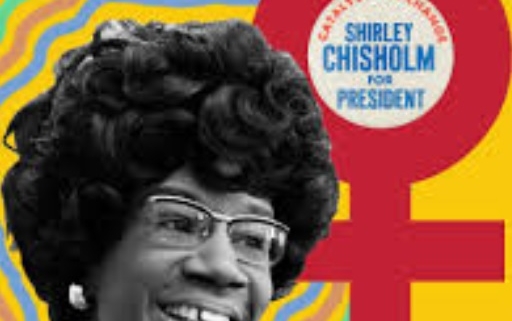 Kamala Harris has said she stands on the shoulders of those who came before her and Shirley Chisholm is certainly one of those.  Chisholm was not only the first black woman in Congress (she served 7 terms in the House of Representatives), but she was also the first woman to ever seek the nomination for the president of the United States and the first African American to do so.