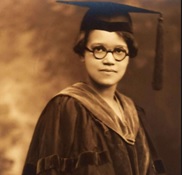 Charlotte Ray was the first woman to practice law in Washington DC, but she was also the first Black woman to practice law in the US. She graduated from Howard Law School almost 150 years ago although Ray applied to under the name “C.E. Ray” to disguise her gender.   Unfortunately, Black women lawyers still face discrimination today, and even though it is perhaps less obvious, in some ways, just as dangerous because it is not acknowledged widely.

Ray opened her own law office in Washington, D.C. but found it difficult to make a living as an attorney due to racial and gender bias, so Ray’s law career was not long due to the discrimination she faced (remember this was just post the Civil War period) but she taught and was an advocate for women’s right to vote until her death. The Charlotte E. Ray Award is presented by the MCCA annually to a woman lawyer in honor of Charlotte’s exceptional achievements in the legal profession and extraordinary contribution to the advancement of women in the profession. Thank you for paving the path to greater justice Charlotte.